This was the Start of Everything. My old and beloved Flying Dutchman had a broken rear axle and became the first prototype.

A chinese 1KW electric HUB motor and some redneck building techniques: the result was a deathtrap with too much power and too less braking.

As you can see, it wasn’t complicated to convert an old bicycle to an eBike. People went crazy seeing me on that rattling zombie with thumb throttle. As you can see i had a chain and some pedals, but only to fool the rozzers into thinking i was operating something ordinary.

The thumb throttle was the game changer for me. In 2017 a colleague had an early MATE folding eBike and it had an illegal thumb throttle. It took it home a couple of times and just fell in love with not paddeling anymore. Again, because pedaling into an electric drive in more than inefficient.

Philosophical Question: What is better?

I drive bicycles my whole life. In my hood i am stilled reffered to as „Jan Ulrich“, the famous Nuttenpreller and Tour de France champion. All because i drove my bike everyday always wearing a Telekom bicycle hat. I love to be outside and 50 minutes of light paddeling a day is always better than not to anything.

When you are riding a bicycle you are doing everything right. It will forever be the most clean way of getting from A to B. If i overtake you with electric power, you are better than me. If you drive a semi old diesel through the city, you are an asshole polluting and killing everyone.

I hope you get the point. There is so much hate on the streets from top to bottom and vice versa. I don’t go by car very often. Mainly because i don’t have to but also because i just can’t stand the hate anymore. It’s shouldn’t be about who is better or cleaner.

I still love to ride a bicycle, but for me the idea of a mofa is just something different. It’s a way of getting around like a car oder a scooter (not one of those standing up pieces of shit) you use for your day to day commutes.

From the first try it was obvious to ditch the drivetrain. There is just no need for it. To have a motor within the wheel itself is just the perfect way to do. Why do you think Bosch is going another way? Because mid-drive is better? No, because the retailers still can service the bicycles.

And without the stupid pedals there is just 3 parts left. A Controller, the motor and a battery. And i fell in love with this simplicity and started to build up a real prototype.

I didn’t die. So i started thinking of how a MoFa from 2020 should look. 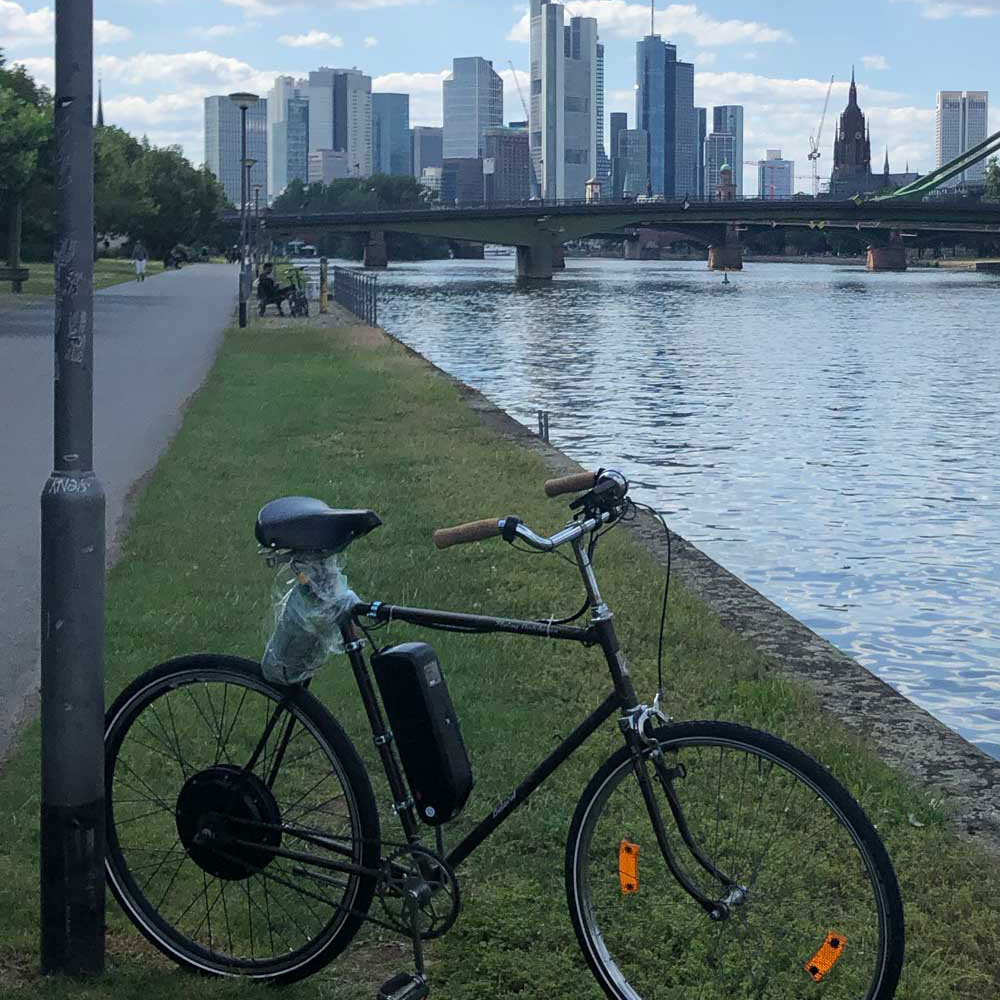