Roundabout two thousand kilometers i used the Flying Dutchman frame. But the biggest problem was the single rim brake on the front. It was a deathtrap, so i built another one.

I had this frame for more than a decade. It was my daily commuter bike. I bought it used around 2005. It got stolen once but i got it back from the police :). It had a discbrake on the front so i switched parts from the dutchie to it and used it for another 3500km.

I had a disc brake on the front, but still couldn’t fit one on the rear wheel. I didn’t care. It was big fun chasing tuned eBikes and humiliating them. But the concept of a high powered eBike died with this second prototype. In my mind it’s either a bike oder a motorbike. For Grandmas the eBike is a gift, but for me, it’s just not. Too complicated, too many parts. And i calculated it: the amount of power you can pedal is just about 15% of the used energy. So can you can safe a cent on every 20km. It’s just not worth it.

I called it prototype, but it wasn’t one. Most importantly because of the wheels. The seating position is for pedaling, the saddle is way too high on a bicycle. And the tires are too flimsy. What i had in mind was more like a classical Piaggio Ciao.

So i tried to find a 24 inch fatrim and went back to the workshop. 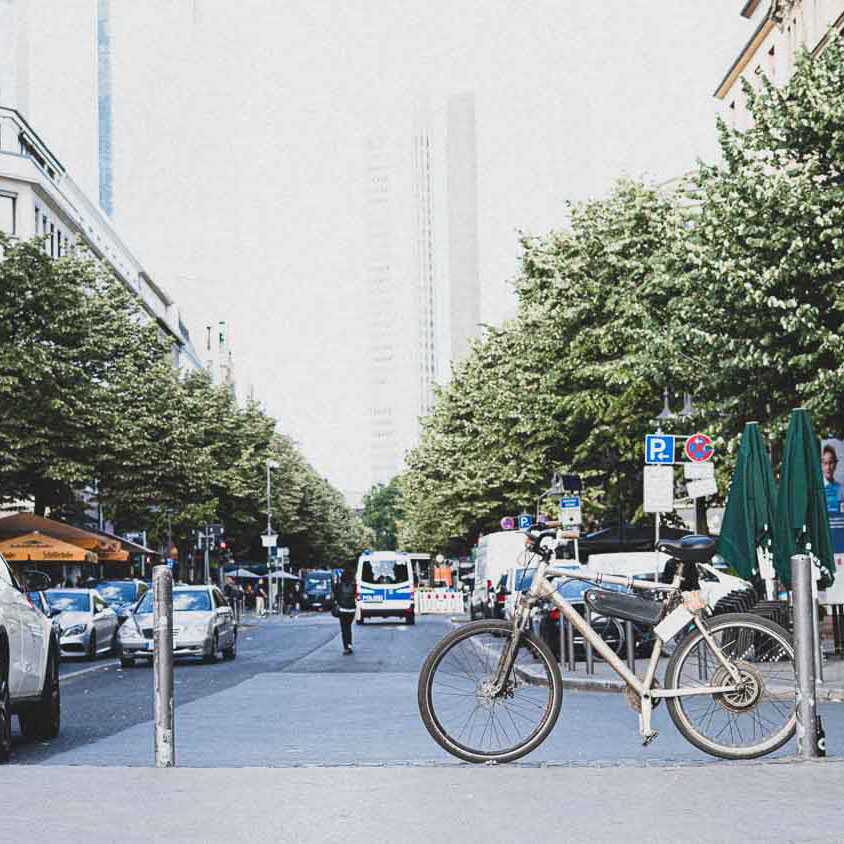